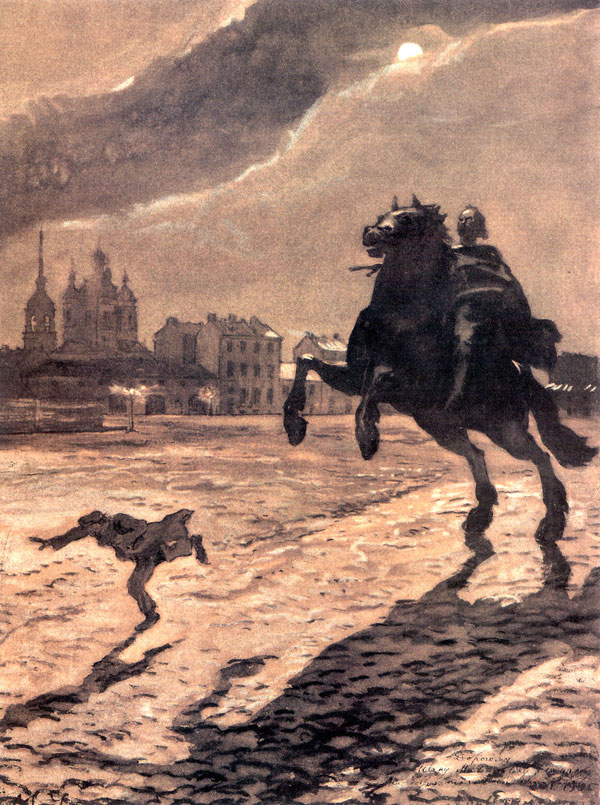 Bronze Horseman. Design for a cover to Pushkin's poem.

One of his earlier works, Benois created this illustration for Alexander Pushkin’s Bronze Horseman, a poem written about a statue of Peter the Great in St. Petersburg. In the poem, the statue of Peter on his massive steed comes to life, and pursues the antagonist of the story, which is illustrated here. This illustration evinces a dreamlike terror, in which the Bronze Horseman awakens and hunts down his enemy, with the full moon casting longs terrible shadows across the ground, upon which they run. The empty square and the night sky seem foreshadow the fate of the pursued. Due to the popularity of this poem, this statue, which was previously unnamed, was coined the “Bronze Horseman,” and is as much a cultural symbol in Russia as the Statue of Liberty in the in the United States.