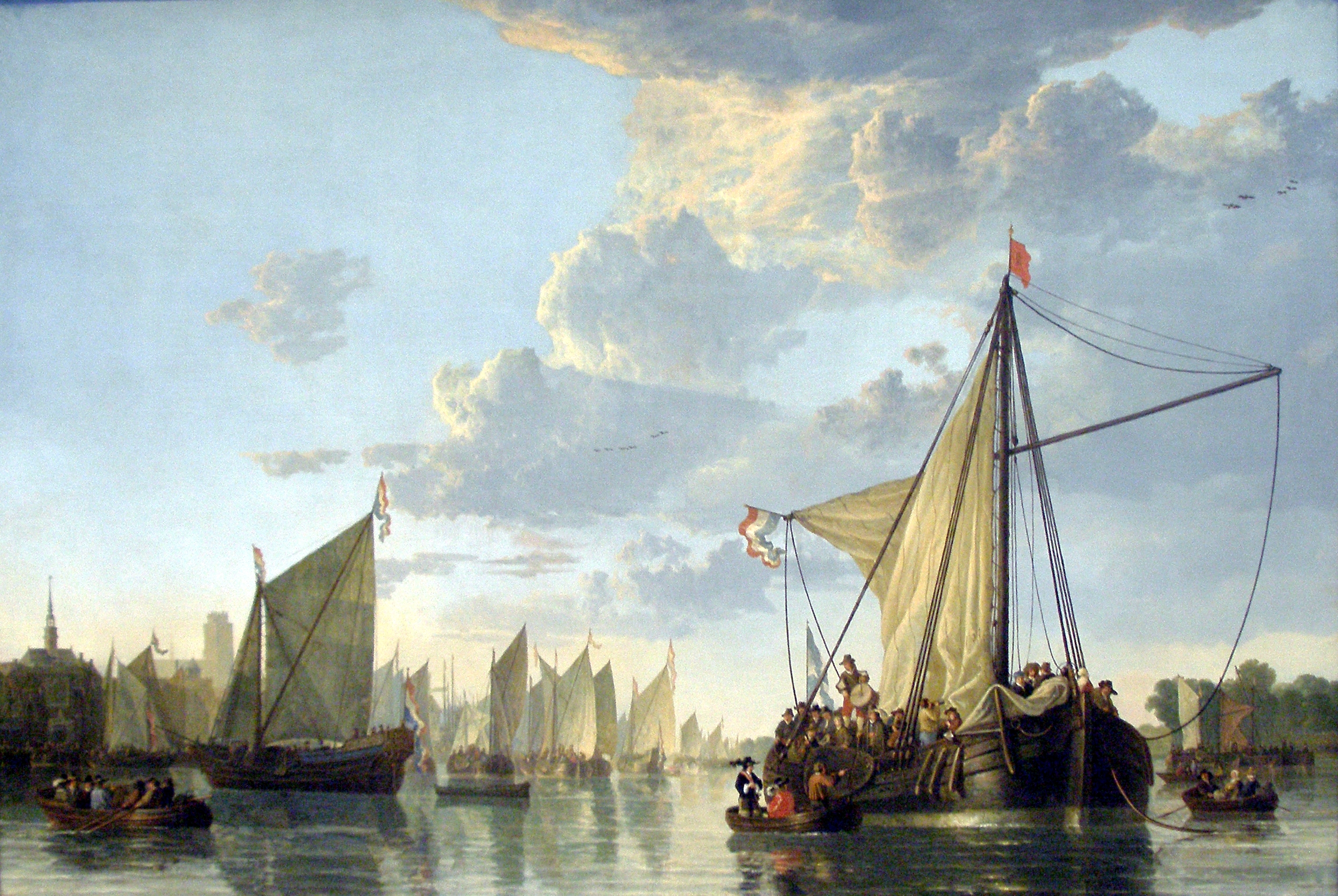 The Maas at Dordrecht

Cuyp's masterful depiction of Dordrecht differs extensively from Jan van Goyen's View of Dordrecht from the Dordtse Kil, 1644, a calm and serene view of this island city. Here the river Maas is the focus of great activity; in the foreground a dignitary dressed in a black jacket with an orange sash has just arrived at a large sailing ship. He is greeted by a distinguished–looking gentleman who stands among other figures, including a man beating a drum. On the left, a second rowboat approaches, carrying other dignitaries and a trumpeter who signals their impending arrival. Most of the ships of the large fleet anchored near the city have their sails raised and flags flying as though they are about to embark. The early morning light, which floods the tower of the great church and creates striking patterns on the clouds and sails, adds to the dramatic character of the scene.