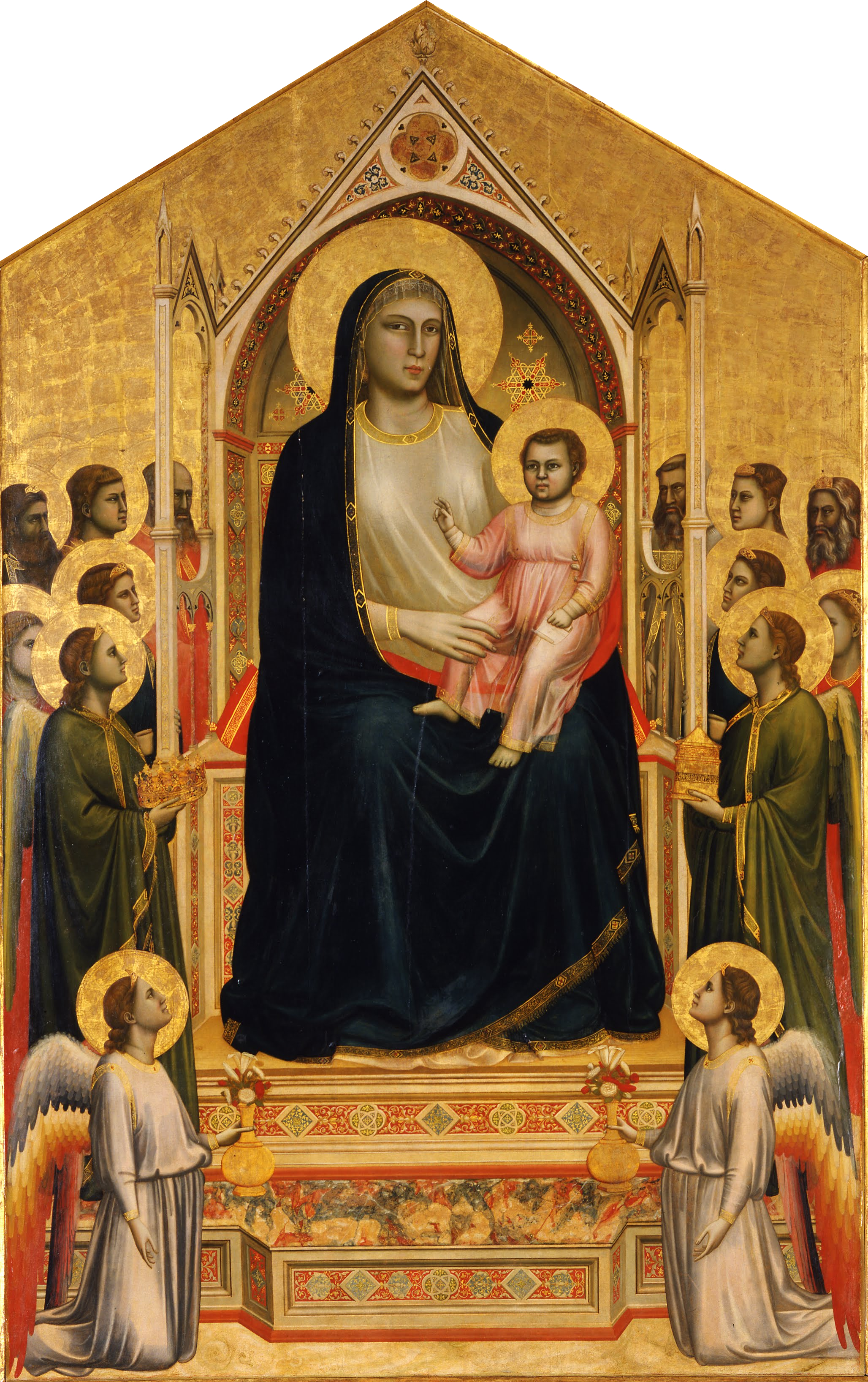 Giotto was commissioned by the Ognissanti, or All-Saints, Church in Florence to create this screen painting, and it the only panel painting that has been universally accepted as his. As an altarpiece, the painting itself is vary large, over 10 feet tall. Scholars argue as to whether the piece would have been used as a choir screen, where it would have been more visible to the audience, or if it was used as the main altar of the church, in which case it would have been more visible to the brothers of the order. The piece is also indicative of Giotto’s unique technique of creating realistic three-dimensional faces and the draping of cloth upon the figures in the painting.