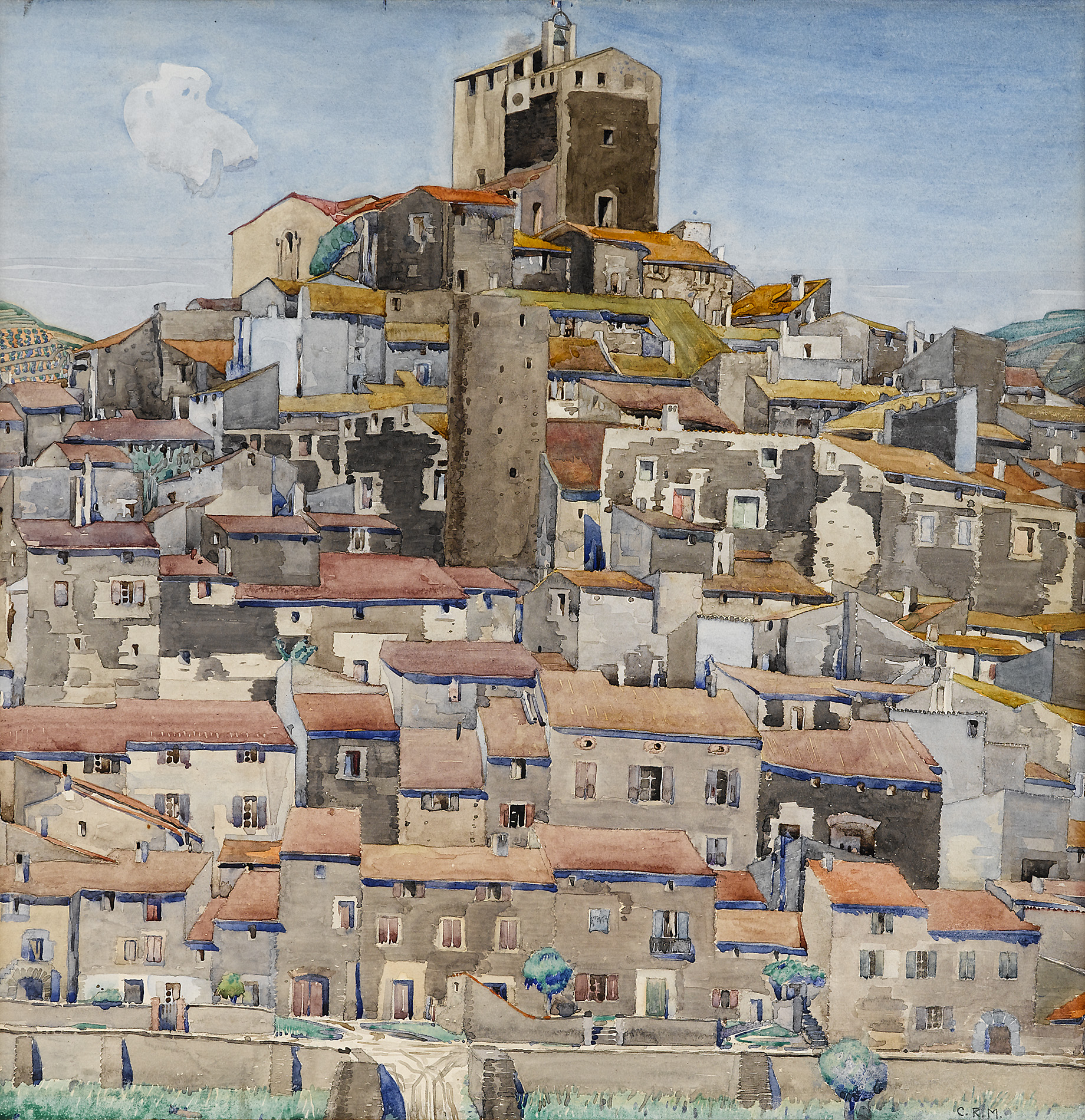 Mackintosh left London in 1923 and settled in the south-west of France until his return to London for medical treatment in 1927. We have no statements from Mackintosh as to his intentions in painting the towns and mountain foothills of the region but it is thought that he went to France after an offer of an exhibition in a London gallery if he could amass forty to fifty suitable works. His choice of France was probably encouraged by the Scottish artist J. D. Fergusson, whom Mackintosh got to know while living in London. Fergusson praised the light and the climate and, not least, the ability to live relatively well and cheaply compared to London, a factor that probably swayed the Mackintoshes, existing then on a much reduced income.