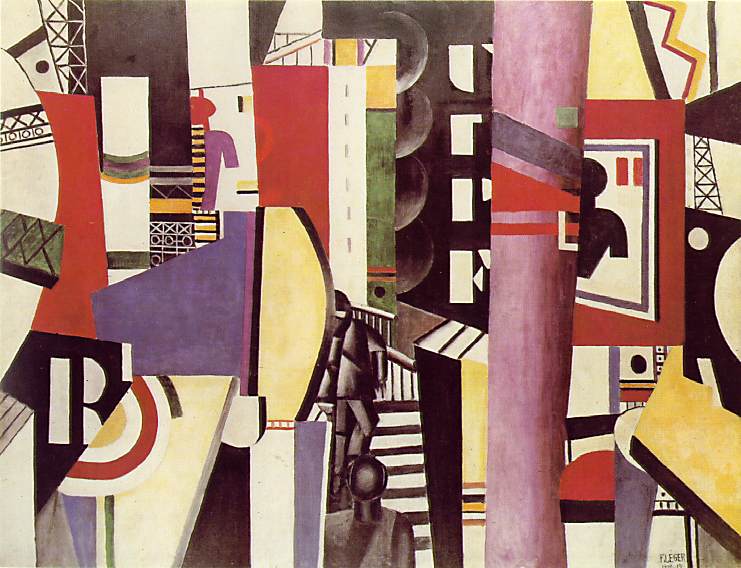 The city is an example of the ways in which Leger can be seen as the forerunner of Pop Art. The images in The City evoke the chaos of living in a hustling and bustling metropolitan expanse. Small pieces of billboards, store windows and building overlap each other, giving off a sense of chaos, excitement, and movement, creating a scene in which not one single element can be viewed as a whole. Leger, who was a proponent of technology and mechanical prowess, used his illustration of the city to represent the colorful world of modern technology. Rather than being overwhelmed by the advances, Leger saw in them the ability to cure the ills of the post-war world.