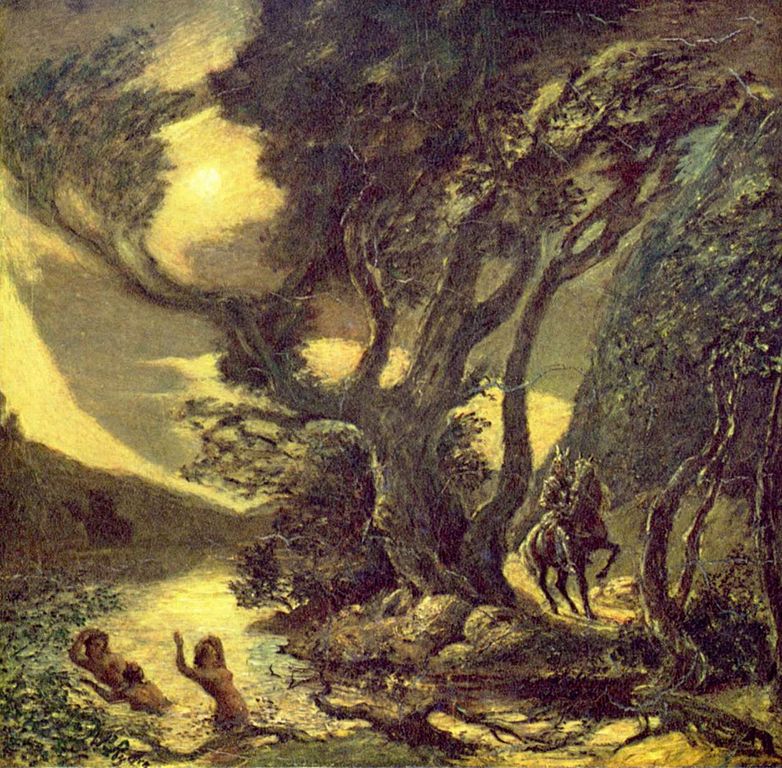 Siegfried and the Rhine Maidens

Hermitlike and visionary, Ryder explored biblical, literary, and mythological themes. His 'Siegfried and the Rhine Maidens' was inspired by Richard Wagner’s 'The Ring of the Nibelungs'. Ryder claimed, “I had been to hear the opera and went home about twelve o’clock and began this picture. I worked for forty-eight hours without sleep or food.” Nevertheless, when he exhibited the canvas in New York in 1891, he had been revising it for three years.