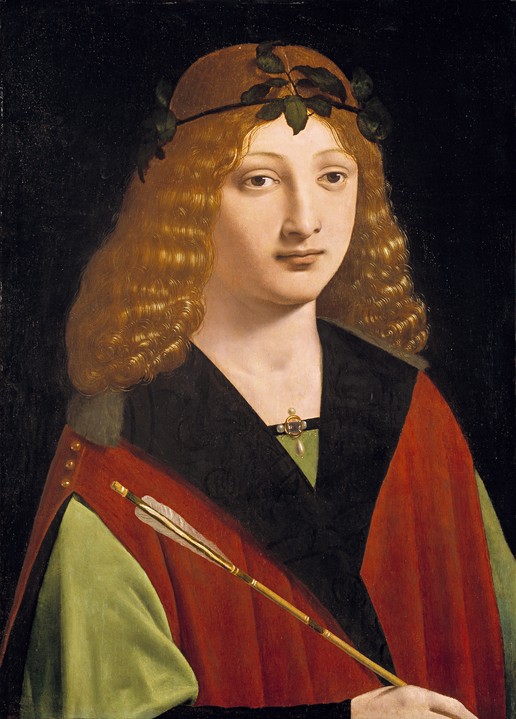 Portrait of a Youth Holding an Arrow

"Born in Milan to a noble family, Boltraffio entered the school of Leonardo da Vinci in 1491, and remained with him until around 1498 or 1499. This painting, once erroneously attributed to Leonardo, reveals an aristocratic refinement that derives as much from Boltraffio's own artistic gifts as from Leonardo's influences. The sitter is thought to be Girolamo Casio, a well-known Bolognese poet who was a close friend of the artist. Casio is shown wearing a narrow headband, called a fillet, that is intertwined with laurel leaves and holding an arrow--both symbols of Apollo, the patron of poetry."