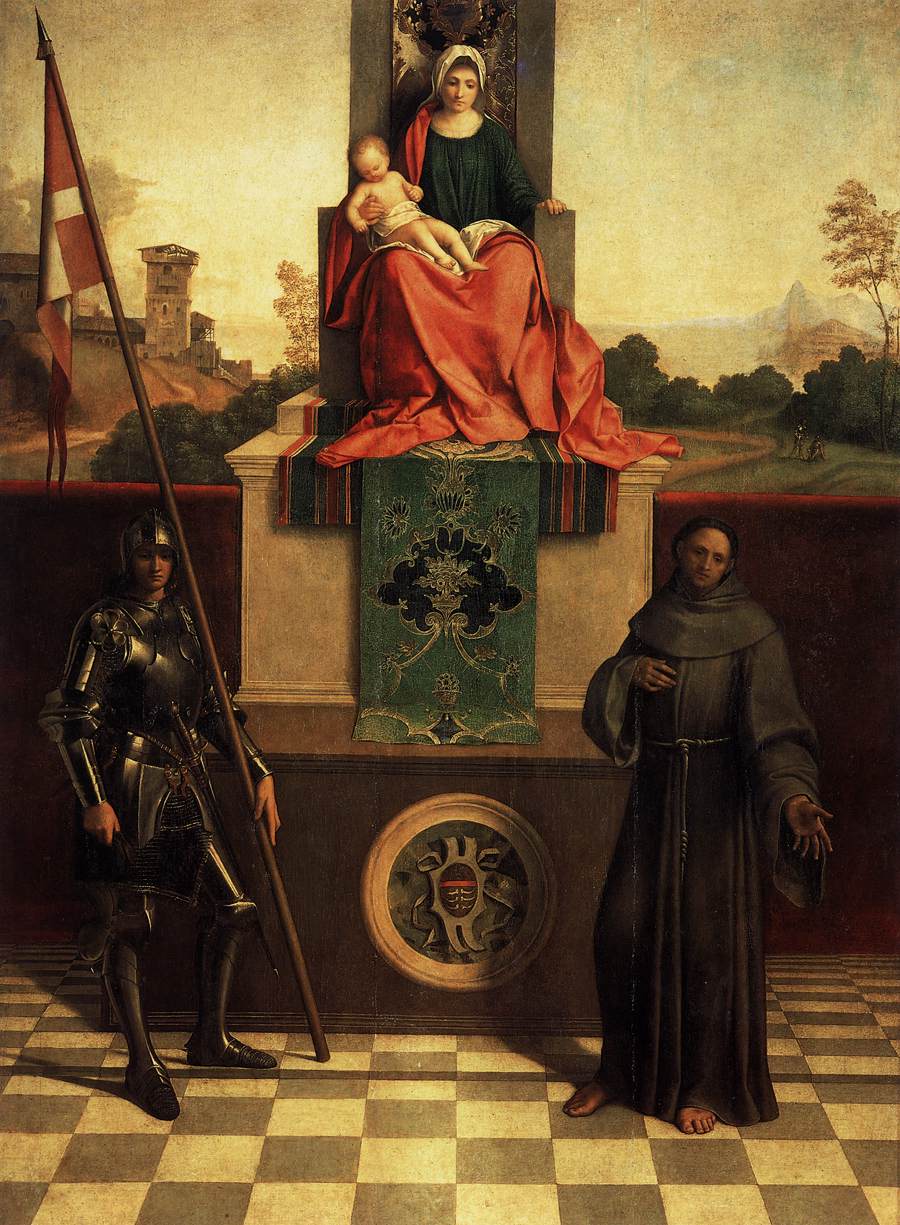 Madonna and Child with Saints Liberale and Francis (The Castelfranco Madonna)

After it was stolen in 1972, this painting is now safely housed in the Cathedral of Castelfranco Veneto, Giorgione’s hometown. It was commissioned by the military leader Tuzio Costanzo, in memory of his son, who died while serving the Republic of Venice. The Costanzo coats of arms decorates the altar, and it has been conjectured that Nicasius, on the left of the painting, is actually a portrait of Matteo, whose tomb now lies directly below the painting in the Cathedral. The painting has suffered bad restorations, but was safely and accurately restored in 2002-2003 in Venice, before being returned to its home in Castelfranco.