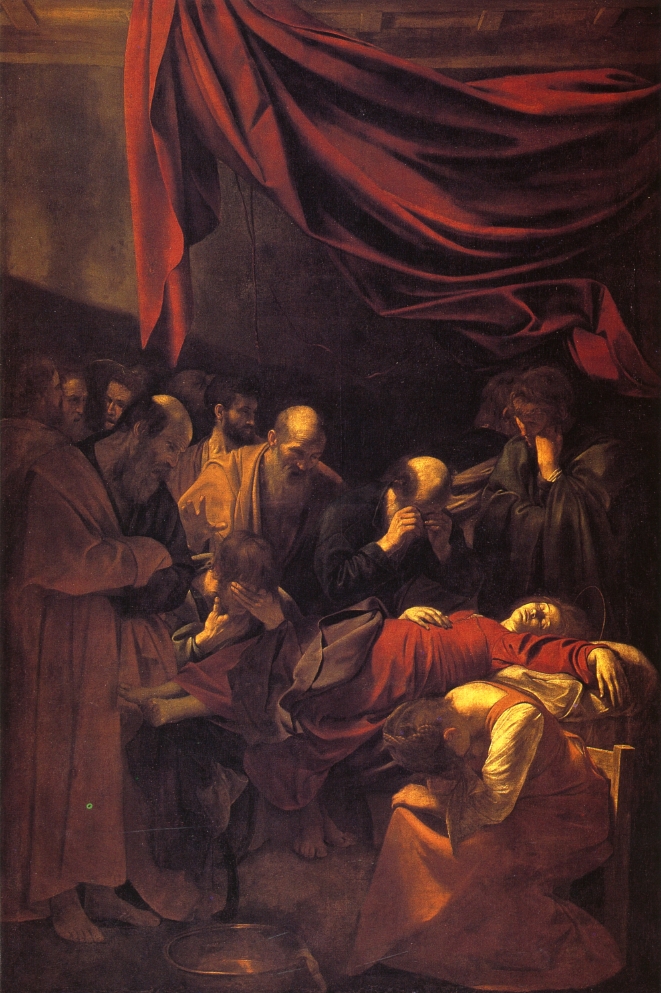 The Death of the Virgin

Death of the Virgin was commissioned by a wealthy papal lawyer for his chapel in Trastevere, Rome, in 1601. Upon completion, it was deemed unfit for the parish, who rejected the depiction of the dead body of Mary. Other reports say the painting was unfit for the parish because of Mary’s bare legs. It was also a controversial piece because Caravaggio is said to have used a prostitute, one of his most common models, as the model for the Virgin Mary. Either way, it was later bought by the Duke of Mantua, after hearing from Peter Paul Rubens that it was one of Caravaggio’s best works