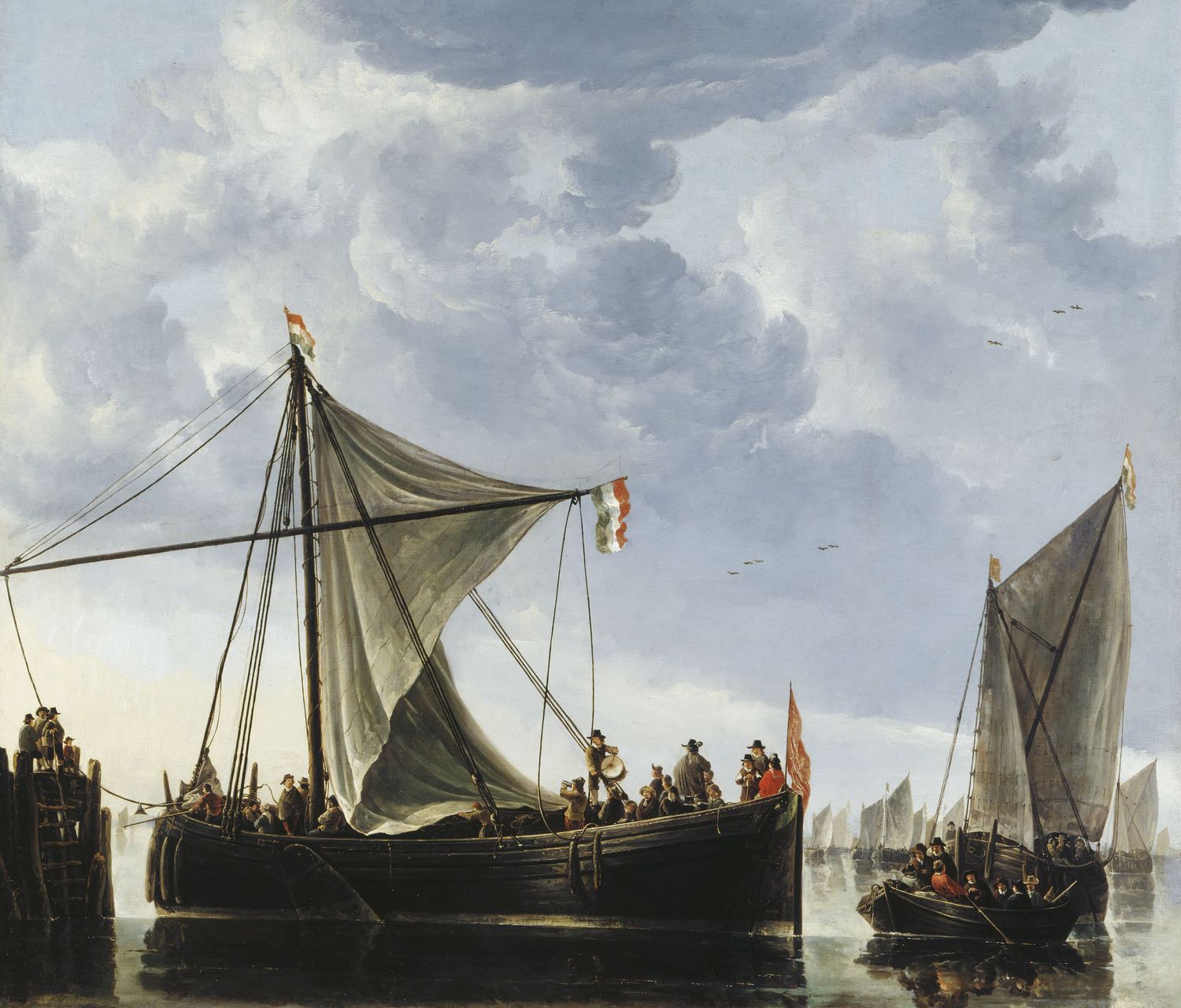 A ‘passage boat’ is an old-fashioned word for a ferry: this one is probably the regular passenger service between Dordrecht and Rotterdam, part of the network of waterborne public transport which was such a remarkable feature of life in seventeenth-century Holland. This vessel is a pleyt – a single-mast, sprit-rigged, shallow draught, broad-hulled tub, very similar to a smalschip – adapted to carry large numbers of passengers slowly in calm inland waters. The two pleyten here are made to look as if successive views of the same vessel and show how the sail is lowered as the boat drifts towards the jetty. A drummer announces the arrival of the service and a man fends off with a bargepole. This is a remarkably large scale image of a boat, but there is nothing remarkable about the boat itself or the function it is performing. There are some burghers aboard the pleyt and the rowing-boat but no obvious dignitary; there are many ships in the background but nothing to suggest that this is a review of the Dutch fleet. What we see here is literally a daily occurrence.