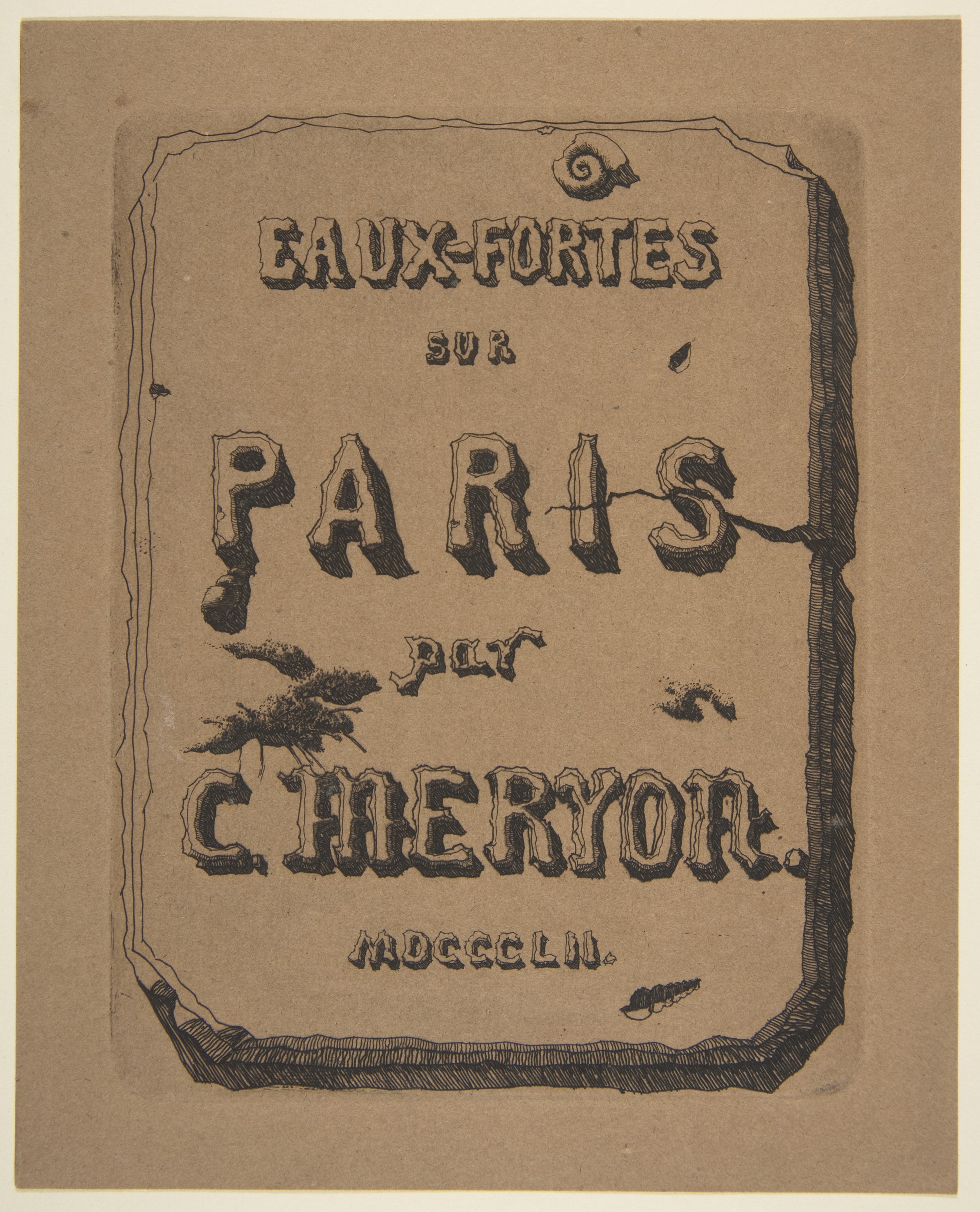 Etchings of Paris; Title page to the suite

Charles Meryon was celebrated among artists and collectors alike during the nineteenth century for his etched depictions of Paris. These works combined a documentary eye on the French capital—which was then undergoing dramatic transformation from a medieval to distinctly modern city—with fantastic details that varied from the whimsical to the morbid. His first and best-known album, Eaux-fortes sur Paris, included twenty-two urban views inspired by the novels and poetry of Victor Hugo (1802–1885). This title page opened the series, and showed, as the art critic Philippe Burty described in his early monograph on Meryon, "a block of stone with fossils and moss imprints . . . symbolizing the physical foundations of Paris."