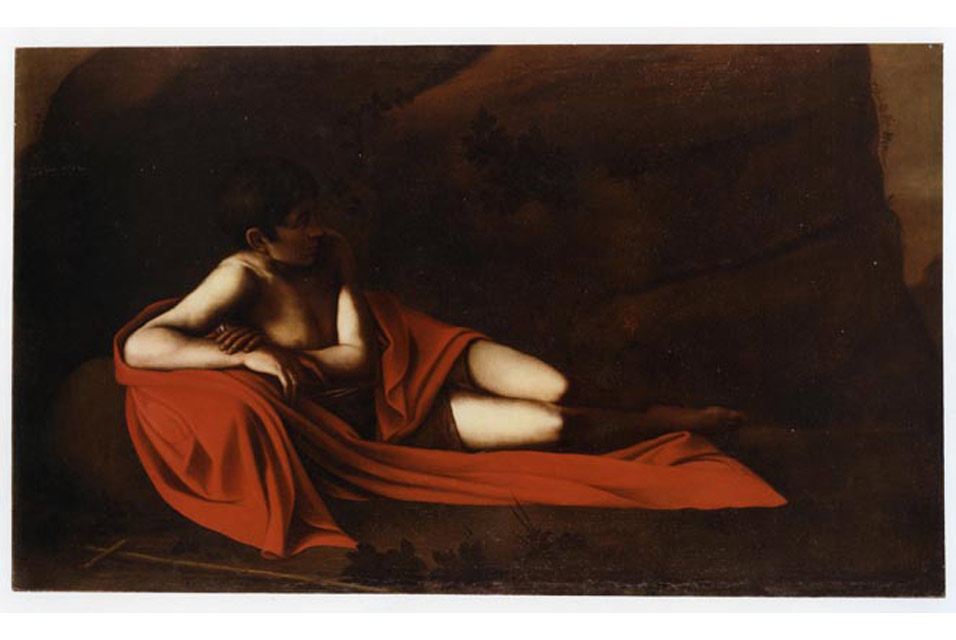 Believed to be his last painting, Caravaggio's "John the Baptist Reclining" is barely known by comparison to his other pieces. This is due to disputes that arose after Caravaggio's death regarding the attribution of the piece as a work of the great master. The painting was discovered in Argentina; it is now in a private collection in Munich. The reasons for thinking it may be by Caravaggio, apart from the style and subject matter, are as follows: in July 1610, following news of Caravaggio's death, the bishop of Caserta wrote to Cardinal Scipione Borghese that three paintings by the artist were in the Naples palazzo of the Marchesa of Caravaggio. They were two Saint Johns and a Magdalene. The paintings had been intended for Borghese and he instructed the Marchesa to look after them for him. Unfortunately for Borghese they were seized two days later by the head of the Knights of Malta in Naples, on the grounds that Caravaggio was a knight of the Order and all his possessions devolved on the Knights - which all involved must have known to be untrue, as Caravaggio had been expelled from the Order in 1608. The newly arrived Spanish Viceroy of Naples heard of the affair, but, believing the paintings were in Porto Ercole, wrote to the head of the Spanish garrison there telling him that the Knights had no right to them and that they should be returned to the Viceroy, "in particular the painting of John the Baptist." There is no certain knowledge of what happened to the various paintings after that point. Cardinal Borghese got the “Youth with a Ram”, but more than a year later. The other two paintings - the Magdalene and the second Baptist - disappeared, but it is possible, though unproven, that the Viceroy may have managed to secure the other Baptist. He would presumably have taken it back to Spain, and from there it could have made its way to South America. All this, however, is speculation - it needs to be pointed out that no-one knows the exact identity of the paintings involved.