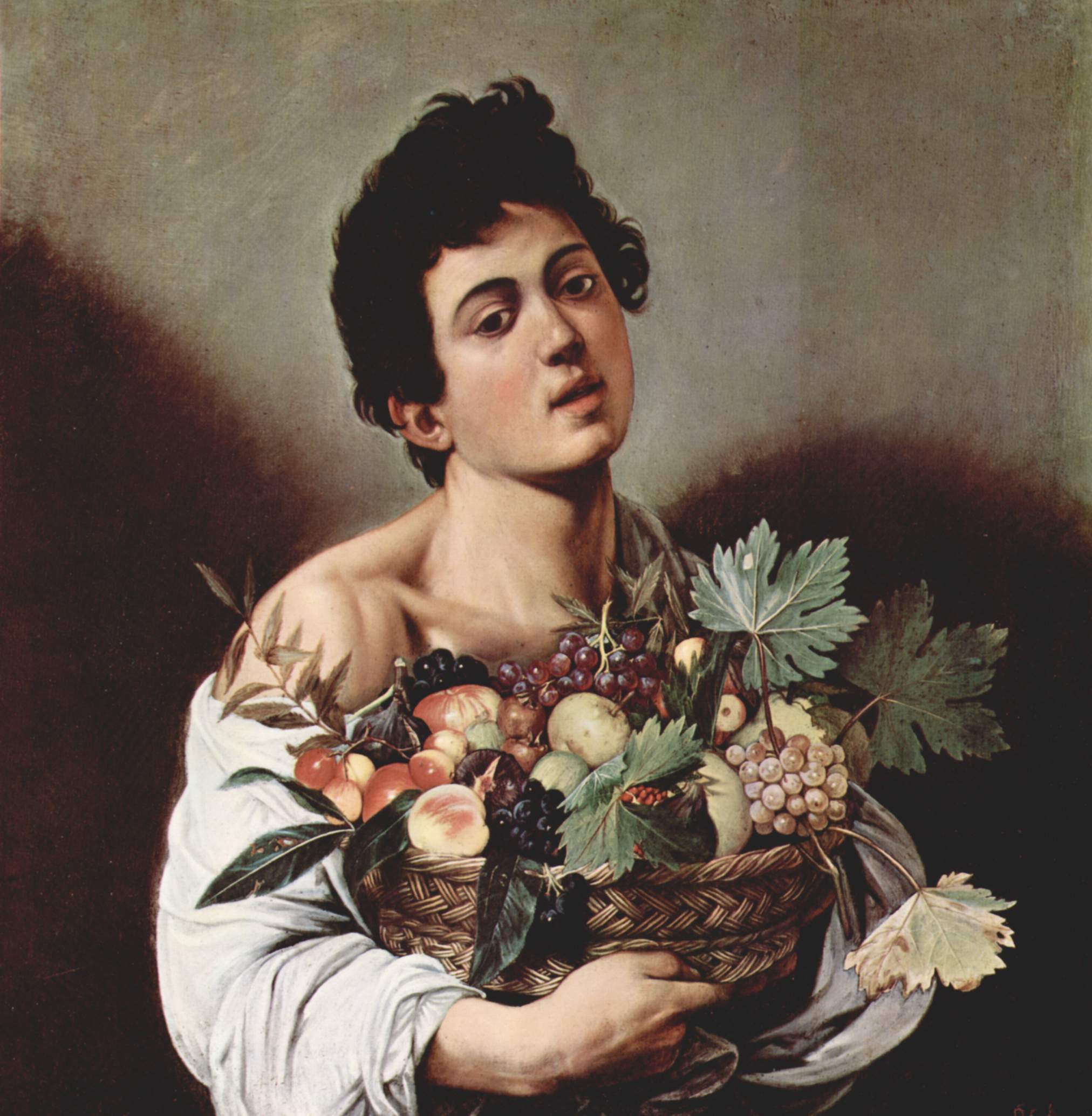 Boy with a Basket of Fruit

Caravaggio completed this painting when he was new to Rome and relatively unknown in the art world. The model for the boy in painting was Caravaggio’s good friend Mario Minniti, who was 16 at the time, and who would serve as one of his models many times in the future. As a realist painter, Caravaggio did not idealize his paintings, instead he captured the very essence of what he saw on the canvas in front of him. This is beautifully clear in his portrayals of the fruit and leaves in the basket, which are so realistic that they have been analyzed by horticultural scientists, who were able to accurately determine the individual cultivars.