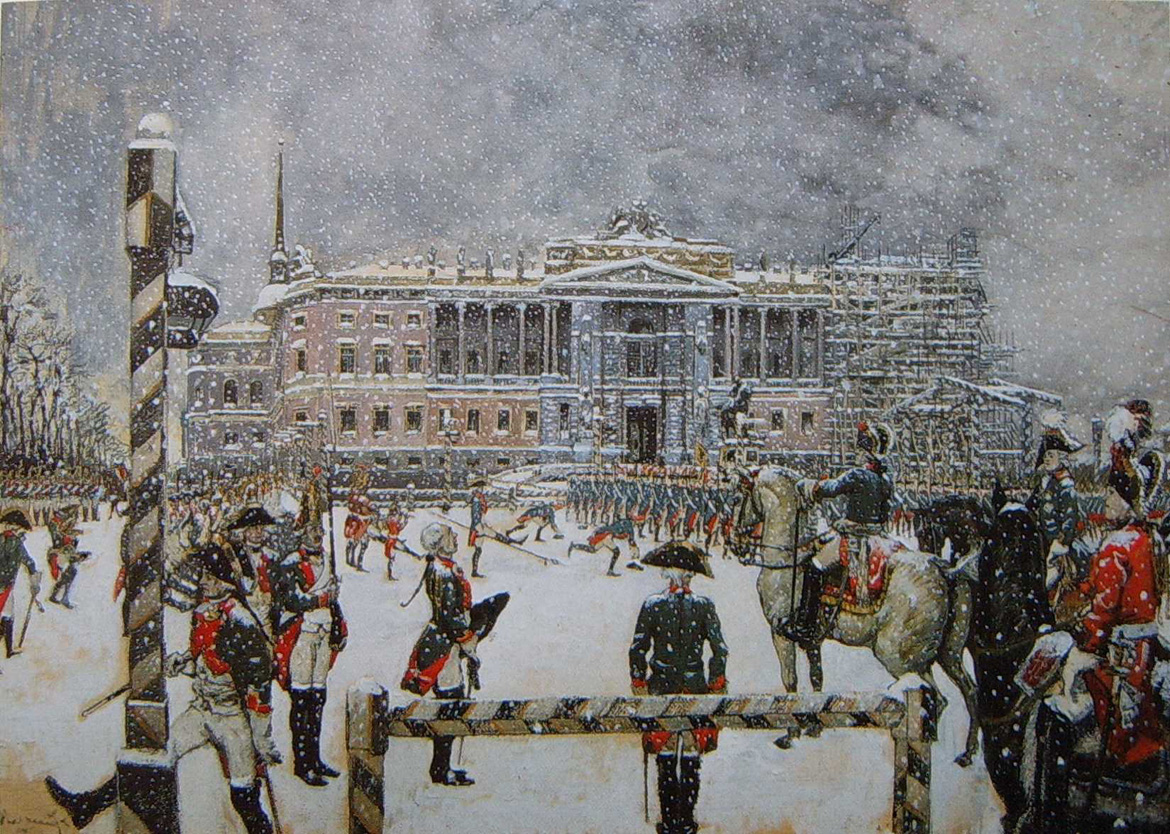 Military Parade of Emperor Paul in front of Mikhailovsky Castle

This painting depicts a formal parade, with soldiers in full military regalia, respectfully withstanding the cold and snow to perform their duty. Created with more detail than most of his works, Benois illustrates the still formality of the parade by filling the sky with lightly falling snow. The castle is also beautifully created with a high level of careful detail, making it stand in the background like an honorific general. Although the Emperor Paul is not within view, his presence is indicated by the lamppost and barricade in the foreground, pulling the viewer into the painting by indicating that they are within reach of their ruler.