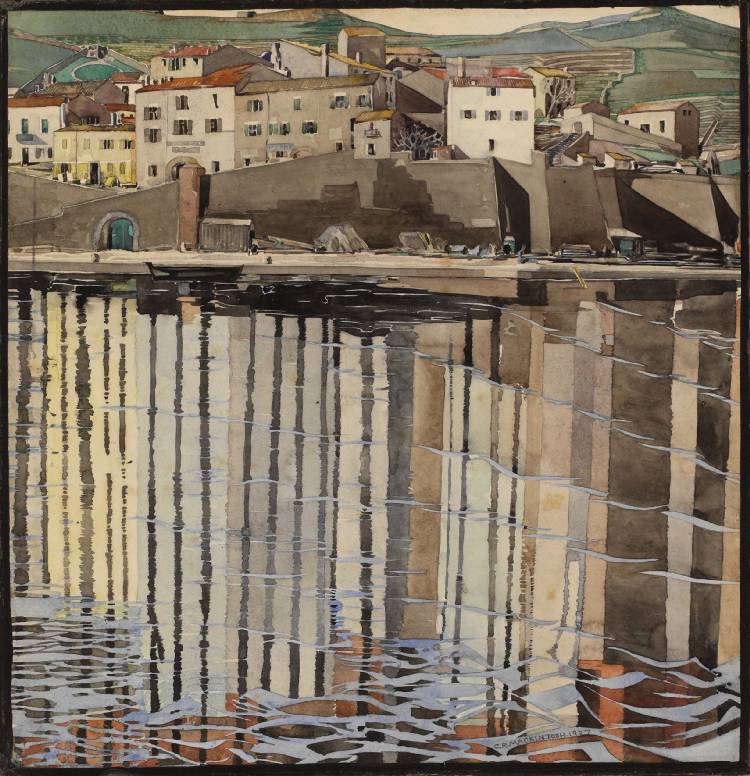 In 1923 Mackintosh moved to France and began work on a series of watercolours, which occupied him until his death in 1928. Pattern and colour dominate the series, and few surpass this watercolour of the reflection of the village in its harbour. The detail of the foreground and distance are rendered equally, the shimmer of the moving water and the geometrical shapes of the buildings combine to give the composition an almost abstract appearance.