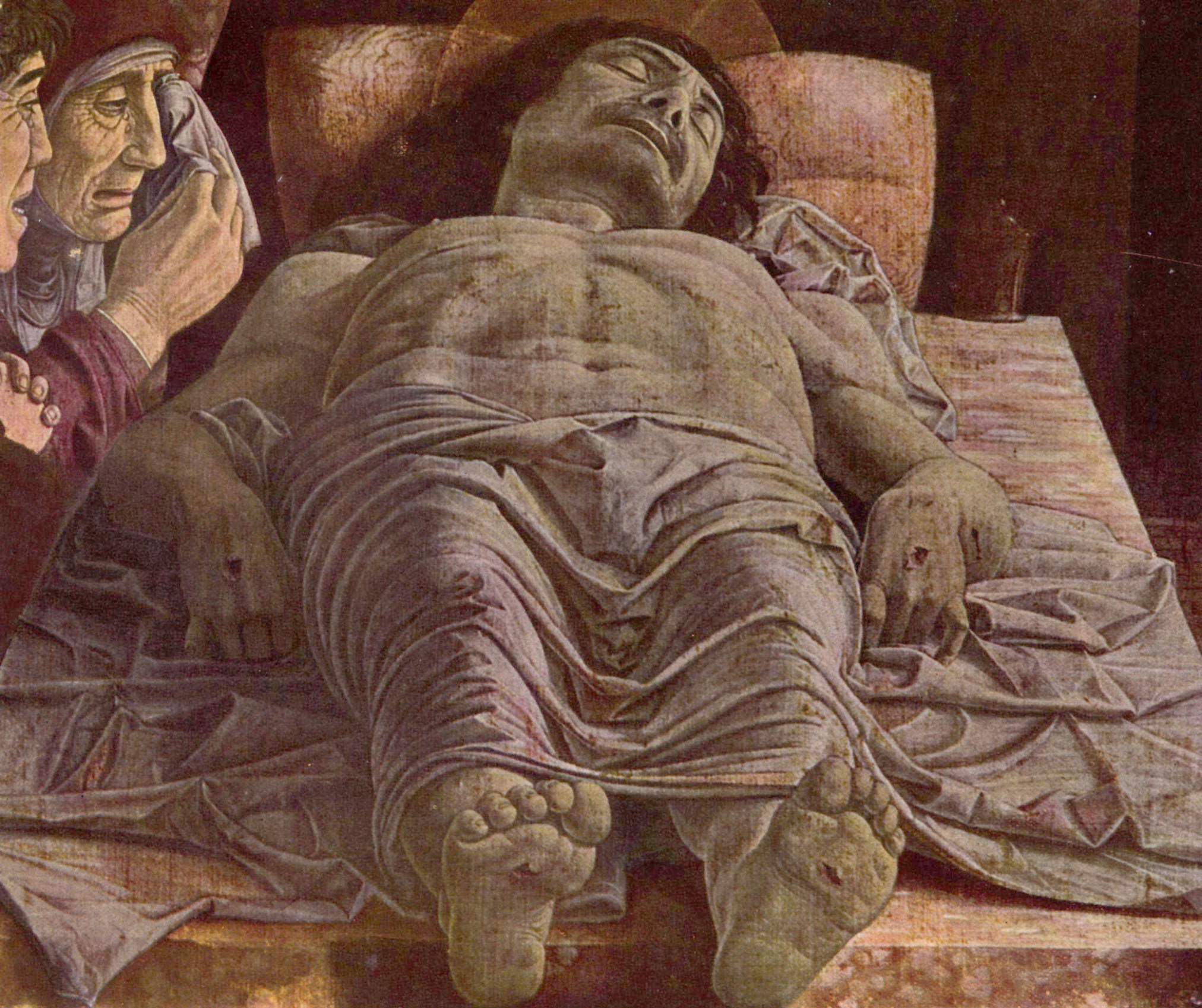 The Dead Christ (Lamentation of Christ)

The theme of the Lamentation of Christ is common in medieval and Renaissance art, although this treatment, dating back to a subject known as the Anointing of Christ is unusual for the period. Most Lamentations show much more contact between the mourners and the body. Rich contrasts of light and shadow abound, infused by a profound sense of pathos. The realism and tragedy of the scene are enhanced by the violent perspective, which foreshortens and dramatizes the recumbent figure, stressing the anatomical details: in particular, Christ's thorax. The holes in Christ's hands and feet, as well as the faces of the two mourners, are portrayed without any concession to idealism or rhetoric. The sharply drawn drapery which covers the corpse contributes to the dramatic effect. The composition places the central focus of the image on Christ's genitals - an emphasis often found in figures of Jesus, especially as an infant, in this period, which has been related to a theological emphasis on the Humanity of Jesus by Leo Steinberg and others.