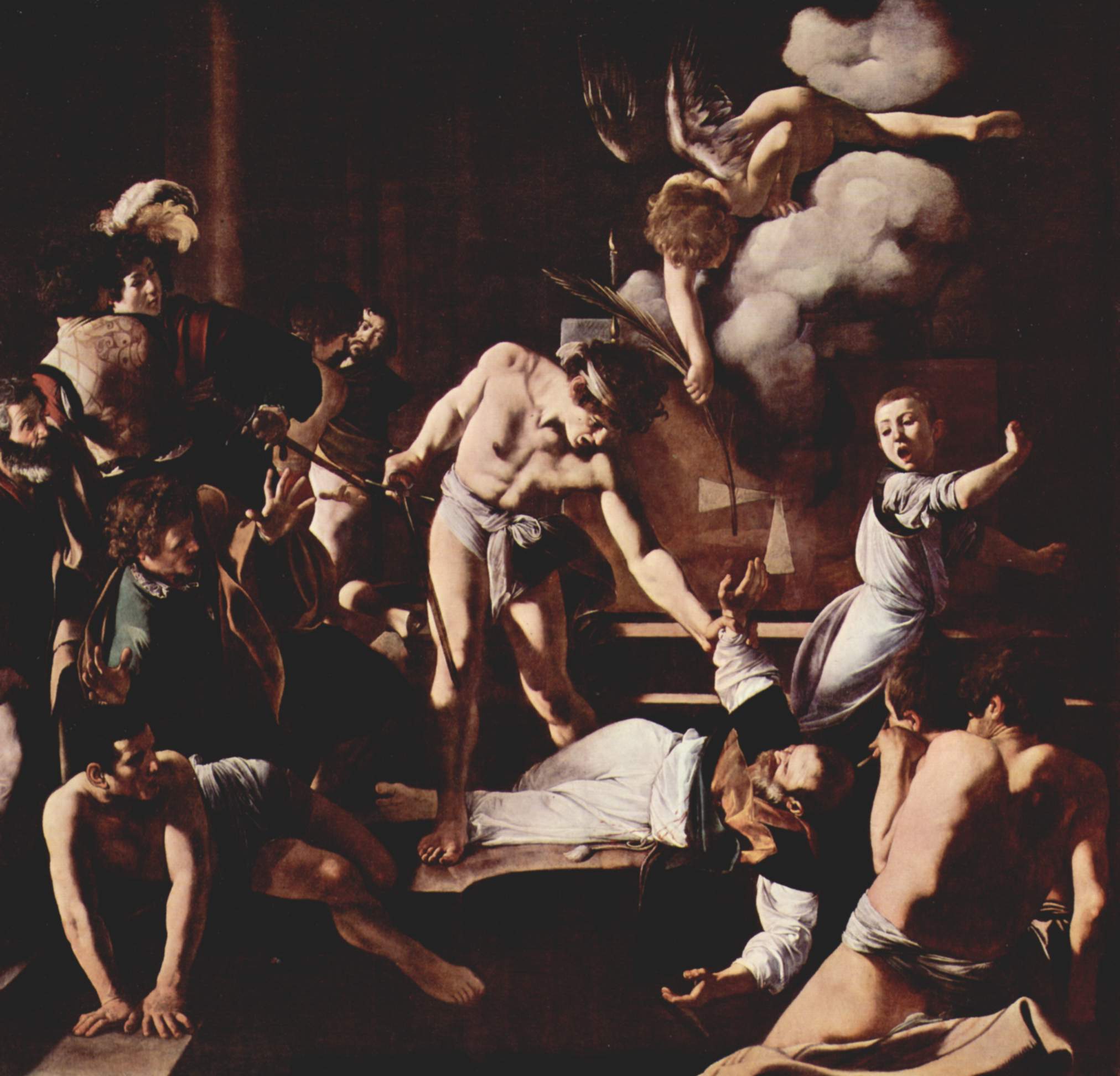 Caravaggio completed both Martyrdom of Saint Matthew and The Calling of Saint Matthew, his first two publicly commissioned works, for the Contarelli Chapel in Rome in 1600. This painting marks the exact time when the orthodox Mannerism gave way to Baroque emotionality, and immediately catapulted Caravaggio into stardom. The scene was specifically requested by Cardinal Contarelli before his death, and that the painting should require three things: the saint being murdered by a soldier, onlookers showing emotions of shock and disgust, and architecture as the background element. The painting, upon being x-rayed, shows evidence that Caravaggio attempted two different compositions before completing the one we see today, eventually eliminating the architectural element entirely.